When I was investigating US writing curricula, I found that some of them include a lot of sentence diagramming, starting around 4th grade or so. I had never heard of sentence diagramming, never mind done any myself in school. I asked around and was told that three moms with older children had just crossed out those exercises in their writing/language arts curriculum. I am fine with crossing out something that isn’t useful for us to do (I’m not going to get my children to do busywork) but first I wanted to know why it was there, and how it might affect things later.

What is sentence diagramming?

“I like to call it a picture of language. It really does draw a picture of what language looks like.” But it is “a purely American phenomenon. It was invented in Brooklyn [in 1877], it swept across this country like crazy and became really popular for 50 or 60 years and then began to die away.” Sister Bernadette’s Barking Dog: The Quirky History and Lost Art of Diagramming Sentences by Kitty Burns Florey. (Source)

Why would I want to teach sentence diagramming?

Juana Summers has a helpful article A Picture Of Language: The Fading Art Of Diagramming Sentences. She says “In their book, Higher Lessons in English, Alonzo Reed and Brainerd Kellogg made the case that students would learn better how to structure sentences if they could see them drawn as graphic structures.”

Burns Florey says it might still be a good tool for some students. “When you’re learning to write well, it helps to understand what the sentence is doing and why it’s doing it and how you can improve it.”

Sentence diagramming shows how all the parts fit together, and what jobs the words are doing. It can be useful to facilitate good writing.

Some American people enjoy diagramming, some disliked it and some are indifferent to it. Many of them feel it furthered their understanding of English grammar and improved their writing.

Should I teach sentence diagramming if I am home educating in Ireland?

However, sentence diagramming can be a useful tool to have in their toolbox. If you think it would appeal to your children, show them a little bit about how it works, and see if they take to it. However, it’s not that helpful for languages that don’t have the SVO word order (Subject–verb–object) that English does. AJ Campbell

An alternative to diagramming is to simply label each word in the sentence with its function (parts of speech – verbs, adjectives, etc). This is what I remember doing in school. Some USA grammar curricula do use this approach.

Most Irish families are learning a second, third and sometimes fourth language. Irish, a European language (French, Spanish, German, etc) and, commonly for Classical and Charlotte Mason home educating families, Latin. Many home educating families have one or both parents from abroad and are learning their home language – Tamil, Polish, etc. Many Americans who were learning sentence diagramming in school were not learning additional languages in primary school. It is helpful for us to remember that our children are getting many benefits in better understanding their first language from their learning of additional languages. They are having to the change word order, sentence structure, alter nouns and verbs, etc, when they translate which is giving them practise we might not relate to learning English grammar.

Children following a Classical and Charlotte Mason approach will be reading and listening to a significant amount of quality literature. They will be seeing and hearing good sentences which helps them significantly in their own writing. Many of them, when reading back their written work aloud, will naturally hear errors and correct them intuitively, without having to diagram a sentence.

They will also be doing copywork. “Copying beautiful passages of Scripture, literature, and poetry fills students’ minds with a ready supply of elegant and beautiful words and patterns of expression. It hones the students’ powers of observation, description, and attention to detail – necessary attributes for ready scribes” Kathy Weitz in Cottage Press’ Language Lessons for Grammar Students: Fable & Song – Teacher Helps 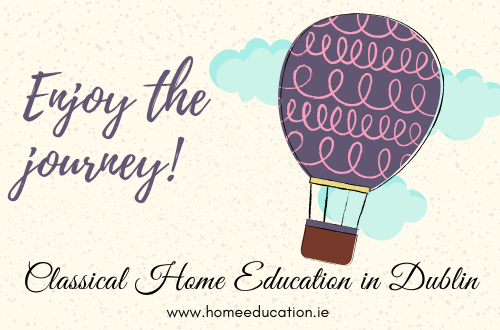 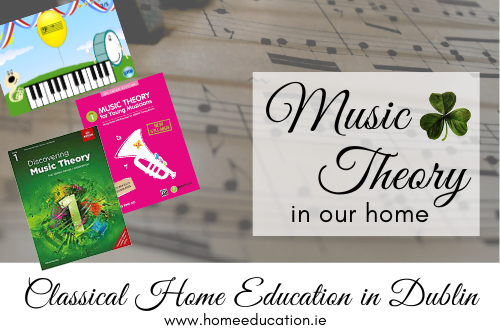 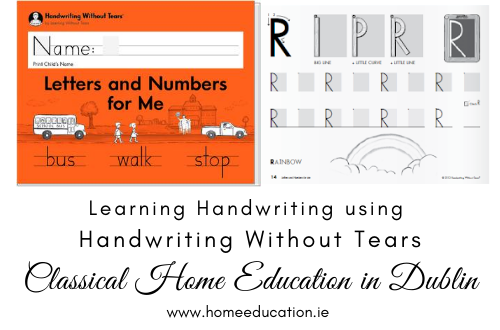